Copperplate astonishes with lightness and nimbleness of the gesture. The letters are sometimes „capillary”, the other time constitute their own shadow. Elegance and classic beauty. It’s like a dance, or artistic gymnastics, like a MUSIC – and it’s not even about the fact that the letter shapes can be deceptively similar to piano keyboard, but rather about the rising and falling tones, variability, smoothness, rhythm that draws into meditation.

And it is not coincidence that the course will be accompanied by the Umbra Jazz Festival – one of the world’s most important music festivals.

Music listened during the afternoons and evenings may become inspiration for the letters of the next day. Through Copperplate one can most easily find a path for his/her own letter, similar to school writing, the Copperplate script absorbs the writer’s personal character in time.

5-day course will allow one to acquaint him/herself with lower and uppercase letters of the Copperplate script. We will touch the question of light and rhythm in text, and learn how to link letters into words. At the end on the other hand, we will be sending postcards. Postcards, such that a postman delivering them into the addressees’ mailboxes will believe that they are 100-year-belated greetings. 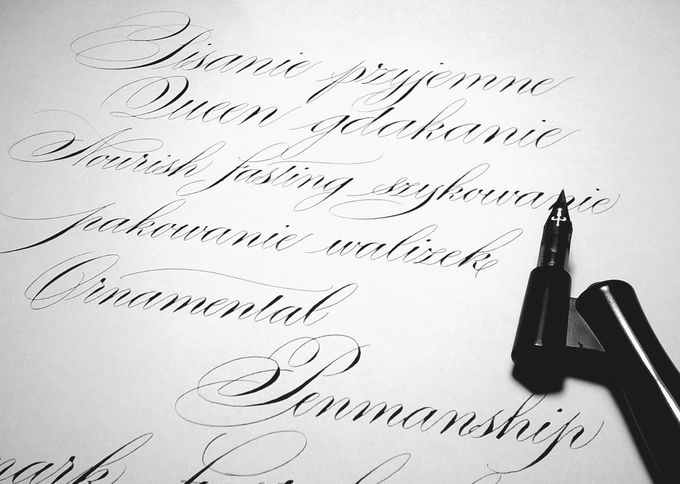 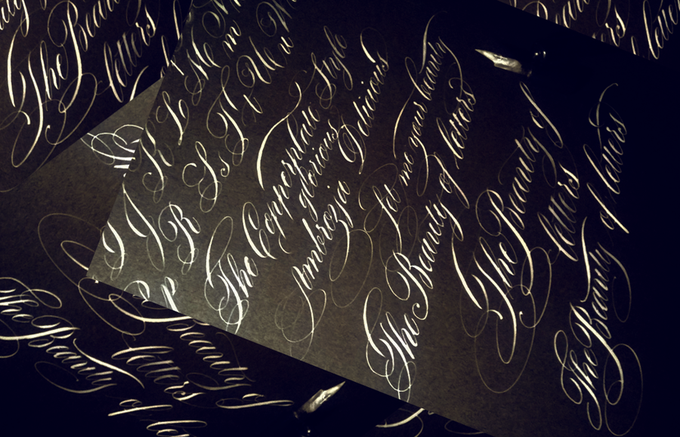 Duration of the workshop: 20 hours
The limit of apprentices: 12 persons
Workshops designed for both beginners and advanced in the fine art of calligraphy.

Schedule of Stay:
Saturday to Sunday – group arrives, getting familiar with the monastery and Perugia,
Monday to Friday (9AM-1PM) – Calligraphy Workshops,
Saturday – departure. 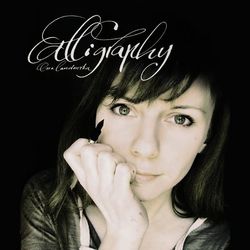 Ewa Landowska – musician and calligrapher, working with calligraphy since 1999.  She holds workshops, courses and calligraphy exhibits throughout Poland; is known for creating and designing her own styles of letters, inspired by classic alphabets. She works both with traditional, as well as contemporary shapes of letters. Has been invited to work with the Modus Design Studio by Marek Cecuła, Leo Burnett, the Jan Matejko Academy of Fine Arts, the National Museum in Kraków, International Culture Centre in Kraków, the BWA Contemporary Art Gallery in Katowice, the Jagiellonian University, Contemporary Museum of Calligraphy in Moscow, the Museum of Papermaking in Duszniki-Zdrój, the Barbara Bodziony Calligraphy and Illuminating School, The Art of Calligraphy Foundation, the New Art Foundation “Znaczy się”, the Campain of Neat Handwriting, the Calligraphy Contest od Lesser Poland, and other cultural centres.  Exhibitions: “The One Day Museum”, International Culture Centre in Kraków, collective exhibition 2014; ”Feast of Words”, Istanbul Design Biennial’14, Stambuł 2014.
Even though calligraphy is rather associated with the ability to write beautifully and strive for perfection, I am enchanted by the refined imperfections of the human hand. Above all, I find the art of calligraphy very meditative and wide, and the process of creating lines is the height of my delight. Those letters, or symbols, do not have to carry any meaning. A line, sometimes two, is enough for silence to resound in them.